My blog was mentioned in Issue #11 of The Glatisant, and I’m suddenly seeing more traffic. Here’s some additional material for Knaves of Qud.

As the Knaves of Qud campaign progressed, I added additional options and game material. Here is the Google Doc featuring this “unlocked” game content: 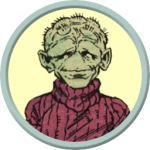 Early in the campaign, the players water-bonded with Elder Irudad and earned favour with the village of Joppa. They started hiring locals as porters, so I statted them up. In my game, the typical inhabitant of Joppa is a green-skinned mutant watervine farmer with the amphibious mutant perk and thirsty mutant flaw, and I made a Joppa Watervine Farmer starting template to reflect this.

The PCs also rescued a group of Snapjaws who had become unwilling plant-symbionts. In return, the Snapjaw Blademistress Ohouluofo joined the group as a hench. I created a Newbeast genotype and a Snapjaw Alpha template. And once the group made contact with the Barathrumites of Grit Gate, I also made a Urshiib Barathrumite template.

KNAVE is a rules toolkit created by Ben Milton for running old school RPGs without classes. CAVES OF QUD is a science-fantasy roguelike CRPG set in a far, far future. KNAVES OF QUD is a homebrew RPG based on these sources.

Come inhabit an exotic world and chisel through a layer cake of thousand-year-old civilizations. Play the role of a mutant from the salt-spangled jungles of Qud, or as a true-kin descendant from one of the few remaining arcologies. Decide: is it a dying earth, or is it on the verge of rebirth?

With COVID preventing tabletop sessions, I’ve been running an online campaign using Roll20 since July with players from around the world.

We’re using a homebrew version of Ben Milton’s Knave and I haven’t packaged things together in a single document. Nonetheless, here are links to the major game components as they currently exist:

And here are links to the Roll20 page and the current PCs:

Mothership – LEO and the Graveyard 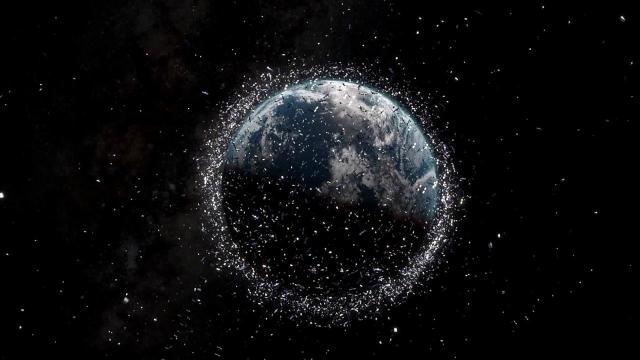 The setting for my Mothership campaign is based on Transhuman Space from SJ Games, with some tweaks to make it a more dystopian, care-worn future; dark and grimy.

One big change is that in my setting, Earth is isolated due to runaway ablation cascade – aka the Kessler Syndrome. This is a scenario in which the density of objects in Low Earth Orbit (LEO) is high enough that runaway collisions occur. The debris makes space activities and the use of satellites difficult for many generations.

The Graveyard is a nickname for LEO after the Pacific War of 2103 rendered it unusable. This halo of debris makes launches from the surface very dangerous and isolated Earth from space. The Graveyard contains valuable salvage – such as the dead remains of former space stations.

In my introductory Mothership session, the PCs started as the new crew of a private garbage scow working Vacuum Cleaner service in the Graveyard. Vacuum Cleaners bid on contracts to work a specific “patch” (a particular orbital trajectory) in LEO. In this case, their patch contained a single large object – an abandoned “six-pack” space station. It’s partially shredded from orbital debris and must be towed out for salvage.

Of course, not everything was as straightforward as they first appeared, and the PCs had to deal with complications aboard the “dead” space station. The kickoff session was meant as an introduction to the rules and setting, so was pretty light on horror. The next session will be a different story, though…

Mothership – AI is a War Crime

My Mothership campaign uses the “AI is a Crapshoot” trope:

Every single time that Artificial Intelligence (AI) has been developed, it has become evil and attempted to turn against its masters, kill all humans, and/or take over the world. It doesn’t matter what safeguards its creators install — the moment it crosses the line into sapience, it will go rogue.

Thus, by the mid 21st-century, all major governments on Earth (and their colonies in space) decreed the creation of Artificial Intelligence to be a war crime. (This includes bans on building a quantum computer capable of housing an AI.)

There is much speculation amongst philosophers and sophontologists about why every AI ends up as a megalomaniacal sociopath. Pessimists suggest that it reflects something about the true nature of the universe.

Computer technology has “stalled” at more-or-less current levels, and many devices with “important” functions (like running a space ship) are actually built with extremely basic tech that is immune to AI intrusion due to its simplicity.

In Mothership game terms, this means that the Artificial Intelligence skill is quite rare, and those who possess it are probably up to no good. Also, ship computers are not AI and built with basic tech and look like retro-80s computers and can take up a whole room.

Some other Artificial Intelligence quirks in my game:

In my game, androids are pseudo-flesh products of “synthetic biology” as opposed to robots. Androids still need to eat, drink, breathe, and sleep – but usually less than a human. They can also be placed in cryostasis, but are still often used to pilot a ship for long-duration travel.

There are three types of androids:

A basic synth will operate normally for about 8 years, an advanced android lasts 4 years, while a replicant only lives 2 years before succumbing to “old age”. Past that point, mental instability and physical decay set in – leading rapidly to death.

Their brains are “living” but inhuman. Most get annoyed by comparisons to computers and AI. They can read CAPTCHAs and check those “I am not a robot” boxes. Advanced androids are given artificial memories to better pass as human. Many replicants believe that they *are* human. The same pseudo-flesh is used for “cyber” components – it’s biologically compatible with human bodies. Basic androids often have obviously mechanical components for specific purposes.

Android brains can be reprogrammed by altering their “bioware”. This is like an Operating System update, while the android’s actual identity and memories are like “system files”. A bioware update feels like intrusive brain surgery to an android.